Let’s take the time… but which kind of time? 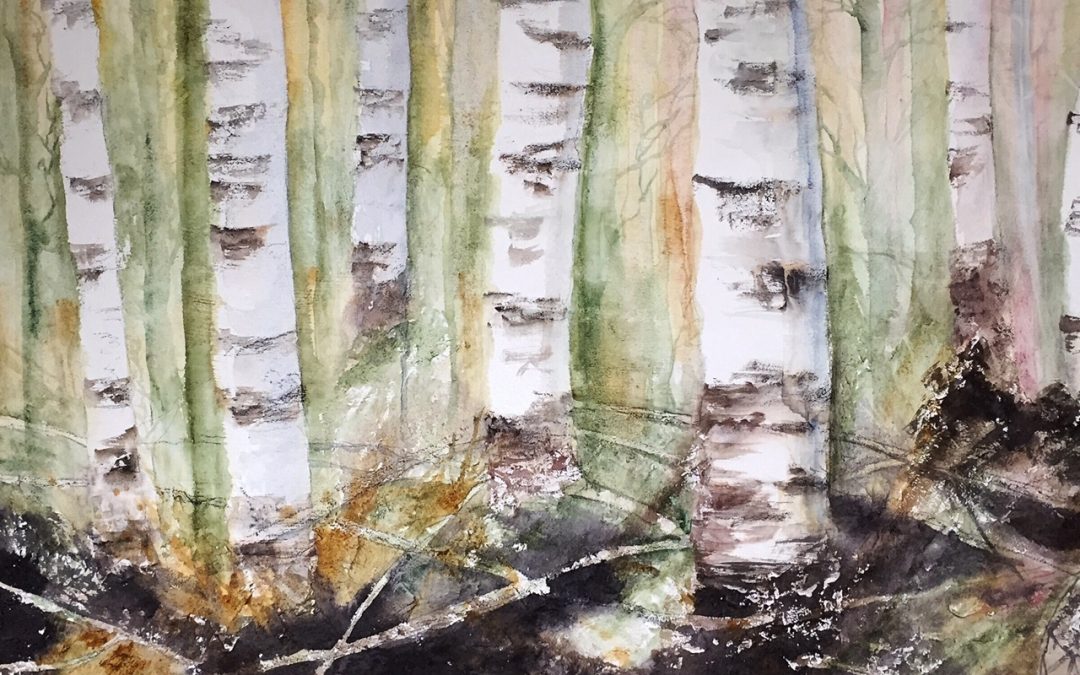 “The most regretful people on earth are those who felt the call to creative work, who felt their own creative power restive and uprising, and gave to it neither power nor time.” [Mary Oliver in “The central commitment of creative life”]

What are your “good” resolutions for 2017? This year I don’t make myself a long to-do list that I won’t be able to keep up with anyway. I would just set myself up for a failure. This year I’m going to be kinder to myself and to everyone. With less expectations I normally put on myself and the ones around me. I will just insert some new rituals in my daily life. Rituals last longer then will power.

I want to find myself more time! As I read a text by poet Mary Oliver which said that “self-criticism is the most merciless kind of criticism and self-compassion the most elusive kind of compassion, self-distraction is the most hazardous kind of distraction, and the most difficult to protect creative work against. [Mary Oliver , “Of Power and Time,” in Upstream: Selected Essays.”]

Time… We have more of it than we think. We just have to spend it better: go less on Facebook and spend less of it on our computer and smart phone. So I just deleted the Facebook app off my phone…. first step to my new year 🙂

Time is precious. It’s counted. Passed time doesn’t come back. It’s precisely because it’s not infinite, that it’s so precious. It’s the most precious gift to give somebody: your time !

These last years I find myself more and more overwhelmed by everything. Work, things that have to be done, people demanding my time and attention… So I started looking for more time, or how to have the impression to have more of it and how to slow down. How can I have more “quality time”? I have written about this before, but as I find it important I’m still thinking about it. The main problem is, I think, that our time of doing something is constantly interrupted, and that we don’t get into “deep work” concentration any more. We are interrupted by outside stimulation (people, mail, Facebook, sms,…) and by inside stimulation (our inner “monkey” telling us we have to do something else or telling us that what we’re doing is rubbish).

So we have the impression that we don’t have enough time because we need at least 25 minutes to get effectively into deep work and creativity, and with the interruptions we don’t get these precious minutes… but this is the clock time we’re talking about. The clock time was invented in the 19th century with the Greenwich mean time to make the world go round and do business. Life isn’t just about this artificial clock time. So let’s live more with our inner time, at least as much as possible. I want to pay more attention to my inner emotional time belonging to my inner deep self, which makes me grow, and which makes my humanity. According to philosopher Henri Bergson this inner deep self lives with the biological time instead of the clock time. It’s the time we take to just “be”. This real time grows with our life, with our experiences and impressions. It determines who we are.

What do I do when I have empty “free” time? I fill it up until it’s “full like an egg” (french expression…) I fill empty spce in my agenda up with activities, meetings, courses, shopping, friends, family,… as soon as a void shows up I fill it up… as if a time without doing anything were something scary. Did it occur to you as well that all these fast computers and gadgets made to make us save time don’t necessarily give us quality space and resting time? The faster we move ourselves (fast cars and airplanes), the less time we spend to rest somewhere… The more we are reachable everywhere in the world with internet and mobile phones, the less we spend to real communication and real talking to each other. We don’t write any real deep letters anymore. We just What’s app and sms… Did you already spend a dinner with people watching their mobile phones next to their plate? It’s awful!

I want to slow down and take time to rest, consume less, but I don’t seem to succeed. Only when we take time to do nothing, a space for reflection and creativity will appear. In ancient Greek times resting was a symbol of culture and civilization. In our civilization it’s the contrary: an empty agenda is a scary symbol of failure and insignificant life.

Maybe my feeling of tiredness and lack of time is related to my age: I’m getting 45 in January and I heard on the radio that Japanese and Australian scientific studies show that people over 40 are more productive when they work 25 hours a week instead of the usual 40 hours. They appear to get more creative and perform better, adapted to their biological time. When will it be time for slow business?

But what about this precious time to be creative I was looking for?

It appears that the best place to find creative time is in existential boredom. Existential boredom should be source of inspiration according to some philosophers. This boredom should teach us to cross our limits, to find a meaning and new points of view… Heidegger said even that philosophy was born out of boredom… The emptiness of the boredom will attract thoughts, ideas, connections… Our brains have to disconnect and empty themselves to get creative.

Instead of filling our boredom with Facebook and mails, let’s just live it and get bored a bit more next year?

Let’s just take our time to be. Because we are more than what’s written on our CV.

Finally I want to thank you for subscribing to my newsletter because that really means a lot to me! So thank you very much for the privilege of your precious time and attention, and for allowing me into your mailbox ! Also thank you for your mails and comments, because they all teach me something and make me grow!

Let’s just be in the moment, be alive and be a part of life moving forward. 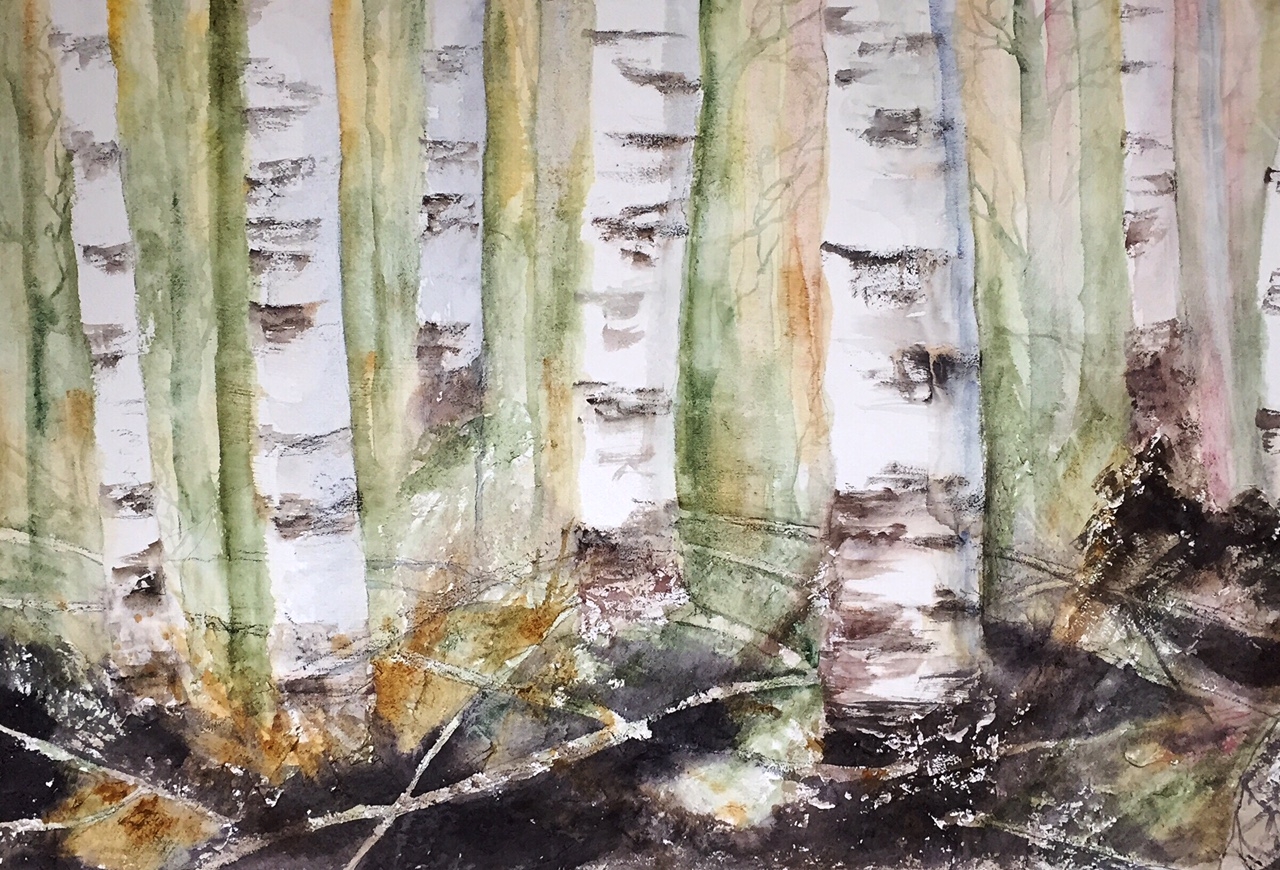