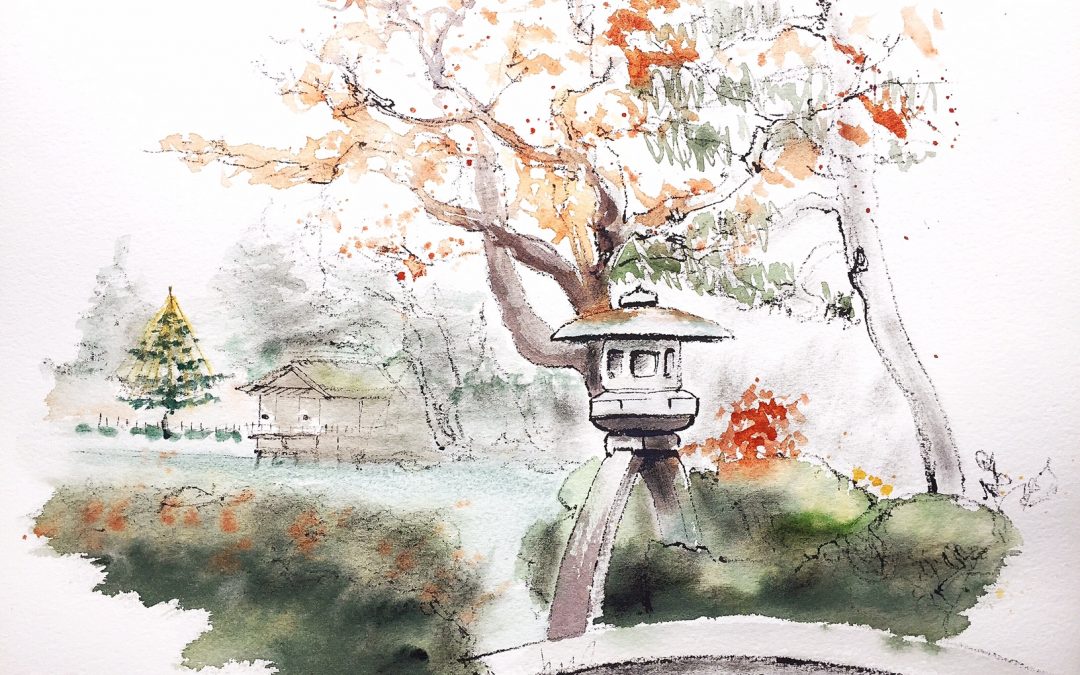 What a strange week… Bombs were thrown in Syria and Afghanistan, and billionaire world leaders are making laws to make the rich more rich and the poor more poor… Power, brutality, starvation, miserable working poor…

Depressing. But did you make some art this week? Did you try twig drawing from my previous video?

First a video that cheered me up among all the bad world news this week. In our aggressive pyramidal world, full of conflicts and bad news, sociologist Martha Beck explains how the crazy grabby pyramid world will dissolve into a pool of goodness. From the bottom up the “good and kind” people will absorb others by love and will make our world more sweet. This transformation will be sweet and gentle. Violence will be dissolved by the heart and the kindness.

ART will help with this. Why should we make art when everything is falling apart? Because Art will dissolve violence and greed and spread love and light ! Like said Toni Morrison: “This is precisely the time when artist have to go to work. There is no time for despair, no place for self-pity, no need for silence and no room for fear. We speak, we write, we do language, that’s how civilizations heal.” May I add : we paint, we draw, we think… And Martha adds: “that’s how civilizations become sweet, equal, clear and inclusive. Inclusion and love absorb the power structure. I want to hope this will happen and will help to bring it about. Let’s reach into our heart and reach out to dissolve the ugliness and greediness 🙂

Watch the video, where she makes a very impressive demonstration.

How can you dissolve the rigidity around you and spread goodness?

Our creative flow can be altered by negativity from outside ( from ugliness in the world or from what someone said to you, like in a watercolor article I read last week where a well known watercolorist is writing a nasty article about “amateur” artists “whose work doesn’t deserve compliments” … OMG how can one be such a A****** ). He’s living in the XIVth century!

But mostly our creativity is altered from negative destructive thoughts within ourselves. I wrote about this before.

Our negative thoughts about what we do and what we make destroy our creativity. The monkeys in your head that tell you that you make crap, that you have a ridiculous idea, that you’re not good enough,… destroy all your creative energy. The idea that creativity is a “talent” you have to be born with or not, amplifies that inner critic. This idea about having to be born with talent is an idea dating from the Renaissance times (XIVth to XVIIth century) according to social philosopher Roman Krznaric in his book The Wonderbox : https://www.romankrznaric.com/wonderbox .

In the Renaissance were produced the most amazing art pieces, but it’s where art became a product of elitist creativity: creativity became something you were born with : a gift you had or hadn’t. Our education system did the rest. Our creative self confidence hit rock bottom. Still today. Or is it getting better thanks to internet?

Let’s get something immediately clear anyhow: your thoughts are not facts.

So get to work. Creativity is something to cultivate, and art skills are a muscle to train. And the results? That’s just a matter of taste and marketing 😉

So grab a twig (from a tree), ink, a brush and some colors (watercolor or pencils) and get to work.

In the next video I show you a video I made in Japan. SORRY for the shakiness, especially in the beginning. I’m new to video making 🙂

First I draw with the twig and Chinese ink. The Chinese ink is in a container with gauze. (I learned this from master Ch’ng Kiah Kiean (http://kiahkiean.com/) When the drawing is finished I add shadow with a hard brush and ink. Finally I add watercolor with a Japanese bamboo brush : green earth, cerulean blue, sap and perylene green and burnt sienna.