Where art makes you forget about dementia

“I have one daughter”,

“my two granddaughters are Barbara and Kim”

There was also the music she heard coming from the neighbours, childhood songs… And there were the strangers in the couch to which she proposed dinner (but they wouldn’t eat)  and also men in her bed. Luckily it didn’t frighten her… It frightened us, though…

My grandmother had dementia.
It’s like she died twice: the first time when she didn’t recognize me anymore.
She ended her life in a terrible “care” home that didn’t really take care of her, except for the washing and the feeding food. When visiting, I found her each time tight up in a wheelchair parked in front of TV. The patients didn’t watch the TV any more really. The noise of the TV was mainly to cover up the moaning and whining sounds, I suppose. I would just sit there helpless, looking at her, unable to communicate. I just wanted to roll out her wheelchair to get her out of there but to do what and to go where?
Nobody ever helped us family to adopt a new way of communication with somebody who can’t talk or recognize you anymore. Words are missing and not understood.

Years after she died I met an artist, Bert Vervaet, who created an art workshop in a care home for people with dementia.

This opened my eyes to a whole new way of caring, communicating and making art .
When words are missing, music, drawing and painting can fill in the gaps and make new connections. Also in a healthy brain.
Dementia scares people and causes a lot of suffering from misunderstanding.
But caring for people with dementia doesn’t have to be pain alone. There can be joy as well…

Drawing and painting are universal languages, and kind of a meditation! The people who come to our workshop cannot talk any more but when we make art together, we are in strong connection and communication with each other and we do have a lot of fun!

There’s still a big taboo about the illness. It makes people uncomfortable. That’s a pity and a shame.
Here I want to share with you some other communication tips, inspired from a dutch poem by MC Eberhart: 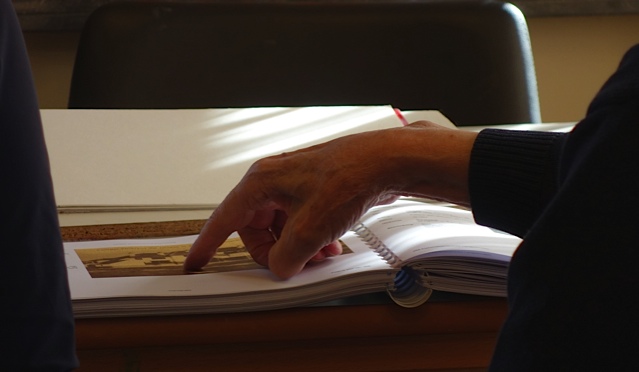 
Drawing and painting are universal languages, and kind of a meditation! In my “art for dementia”-project I volunteer in an art workshop for people with dementia. They cannot talk any more but when we make art together, we are in strong connection and communication with each other and we do have a lot of fun!

This is me in our workshop 🙂

Our mission : To give people suffering from dementia a possibility for communication, a moment of resourcing, as well as human connection and dignity.

If you want advice to start a workshop like this in a place near your place, or privately at home with your family & friends, I’ll be happy to help you. 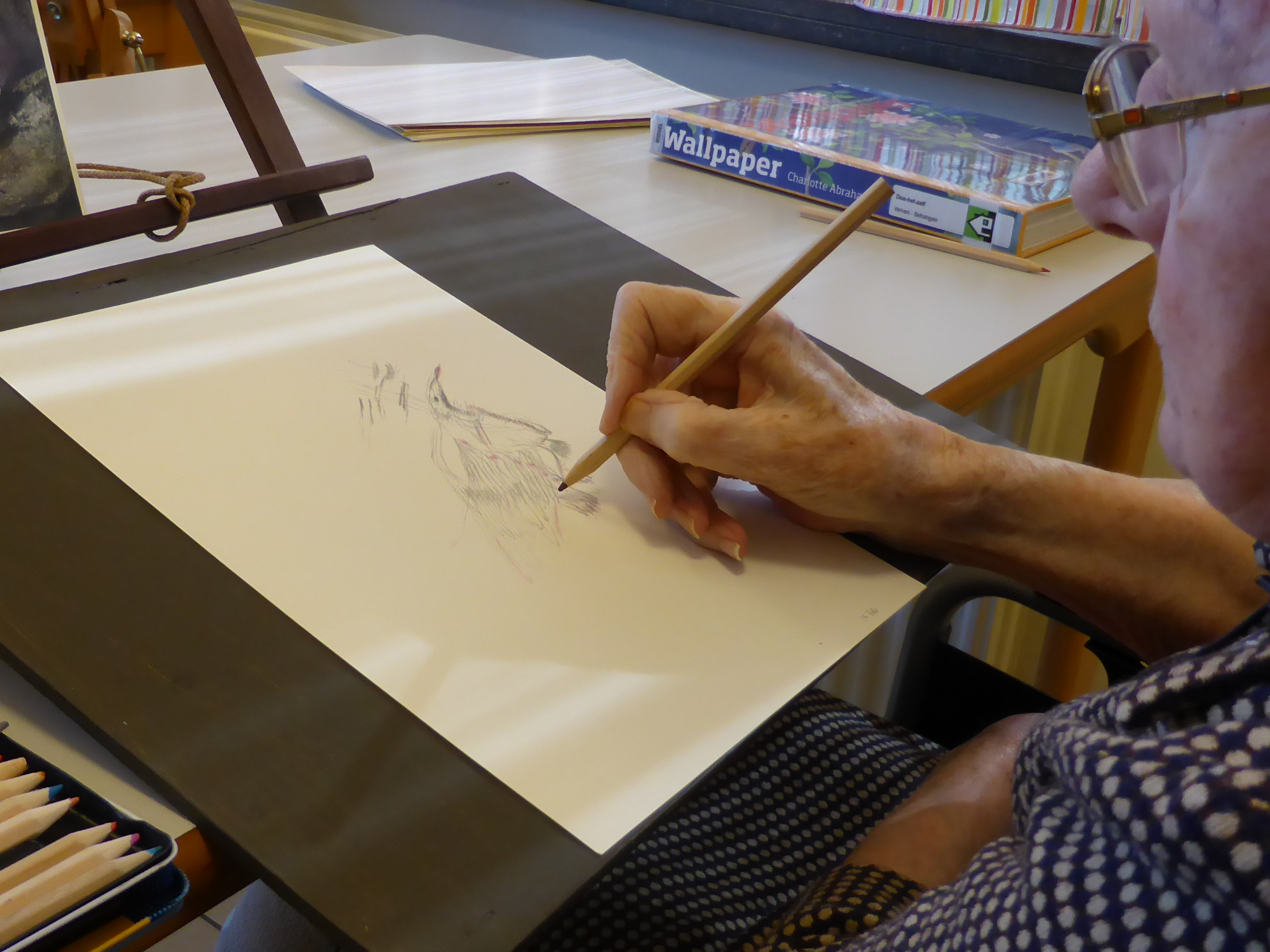 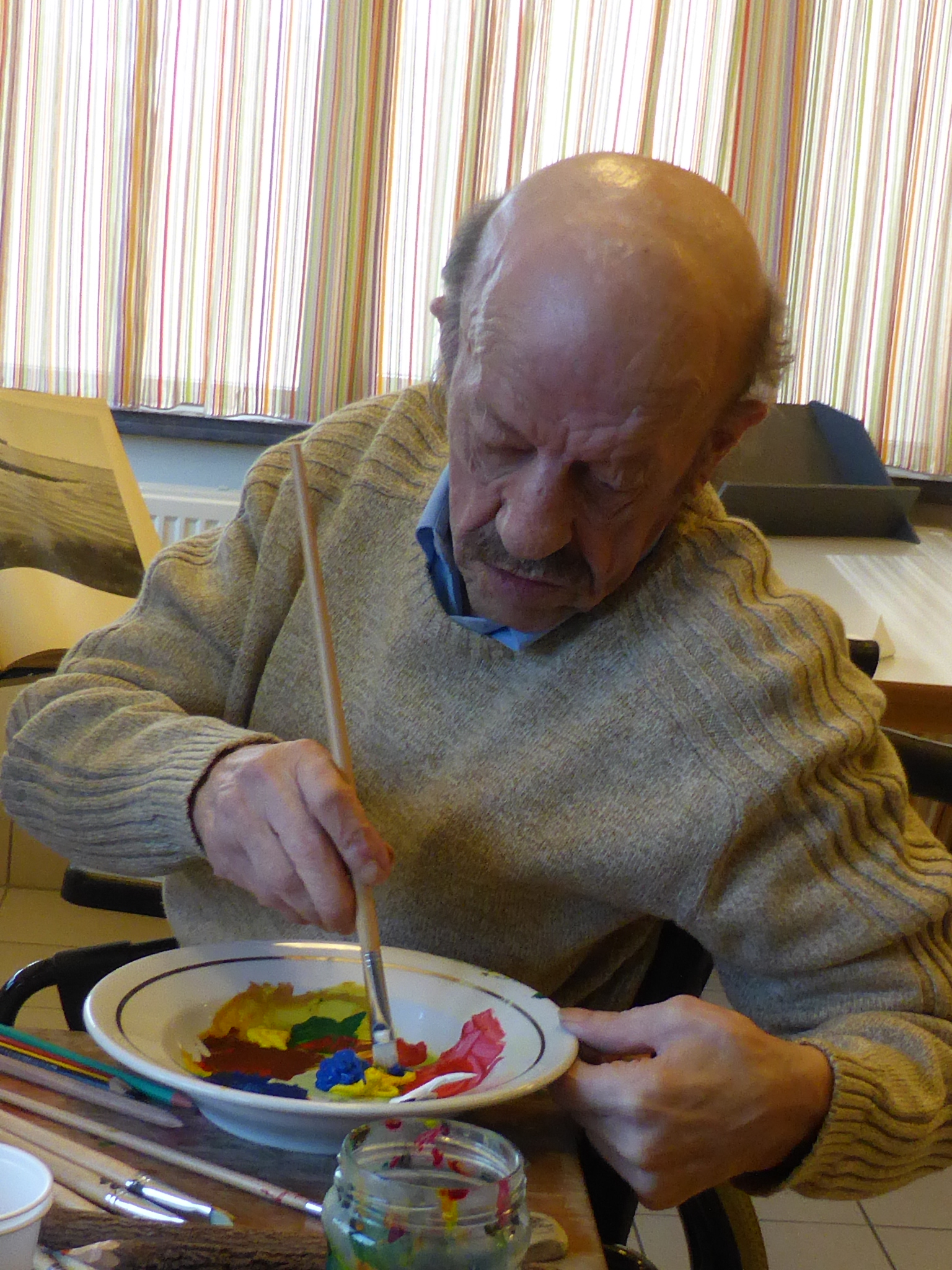 what colors will your life have? 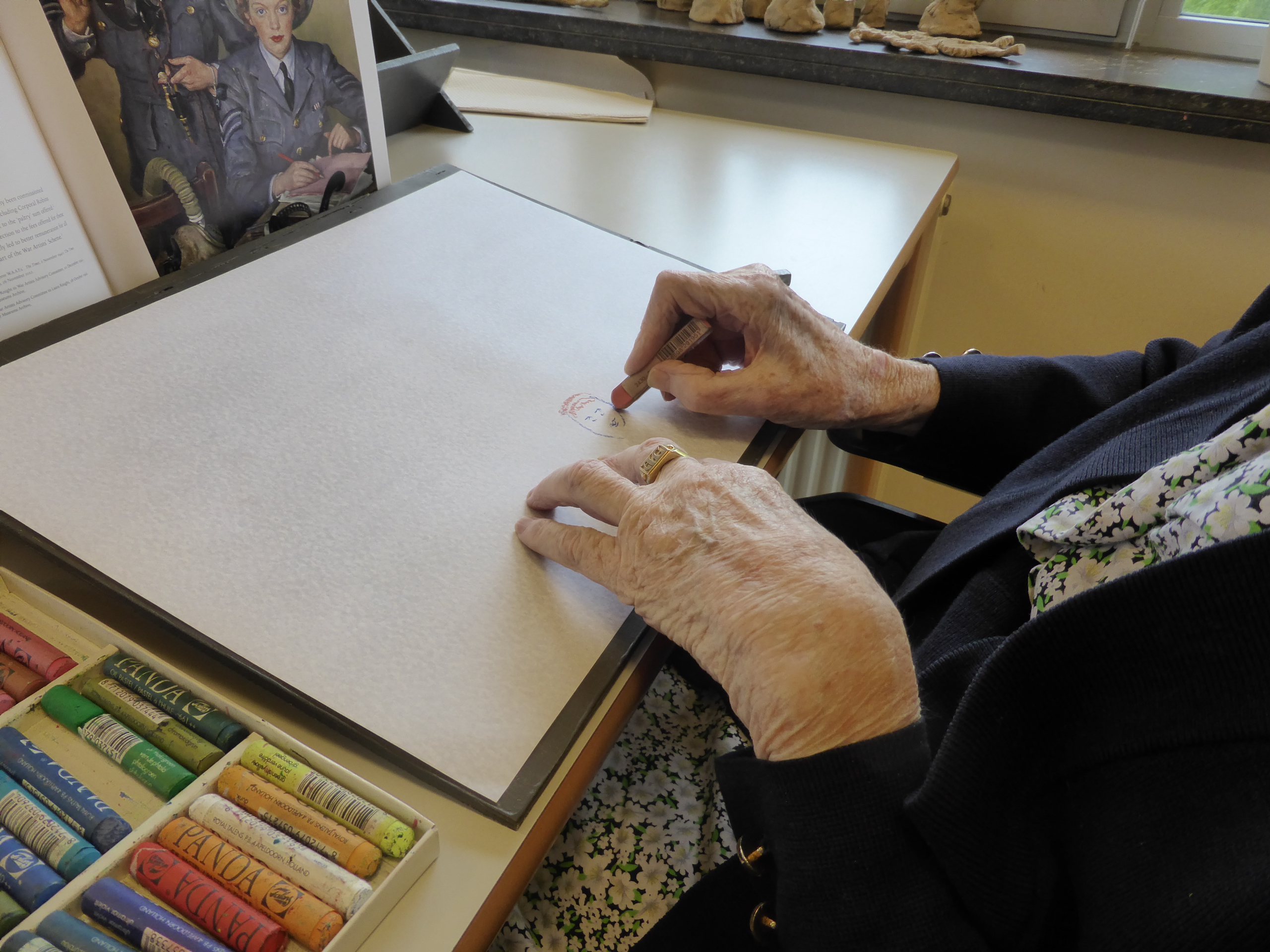 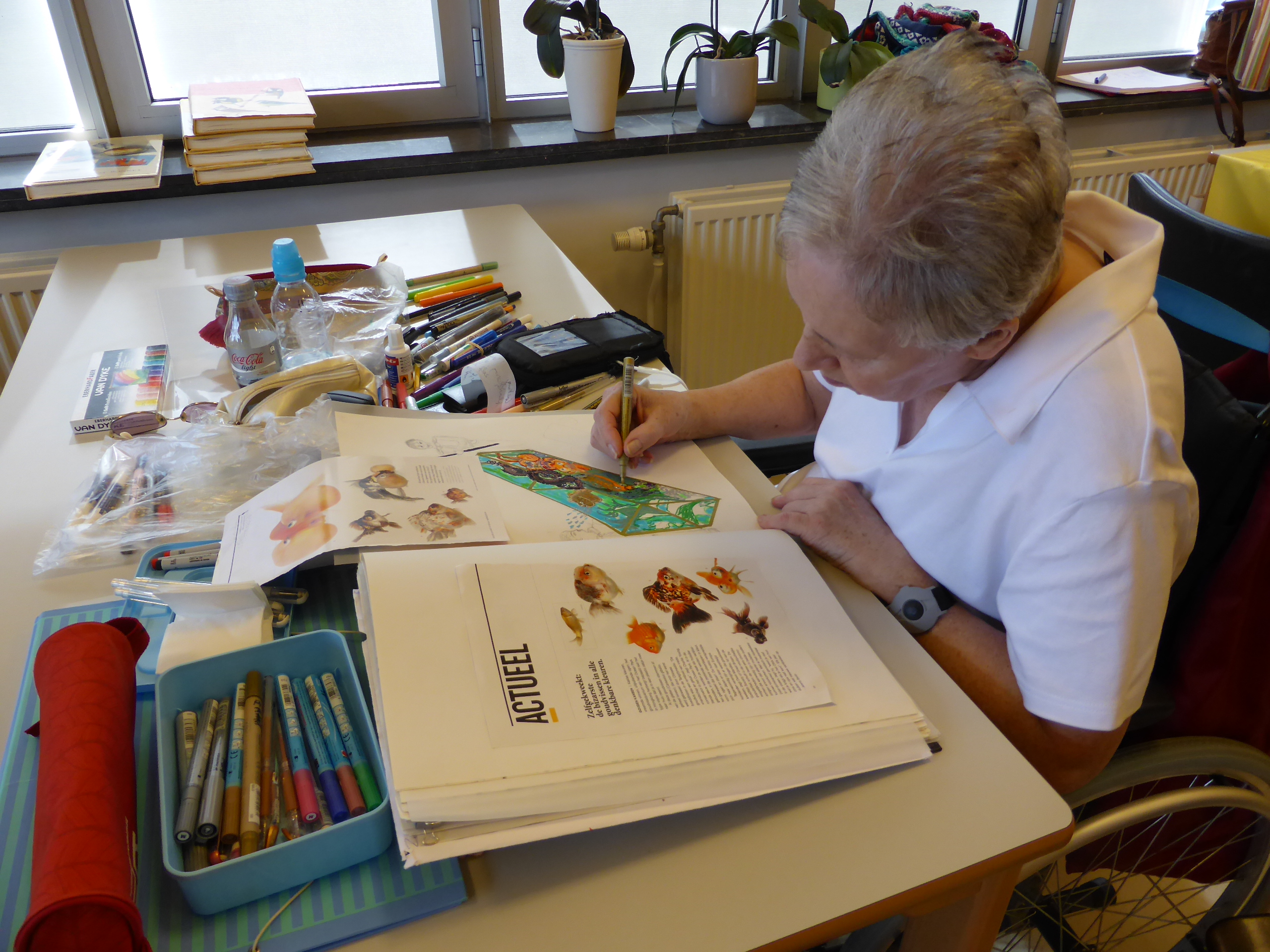 remember that in our hearts, we are never old 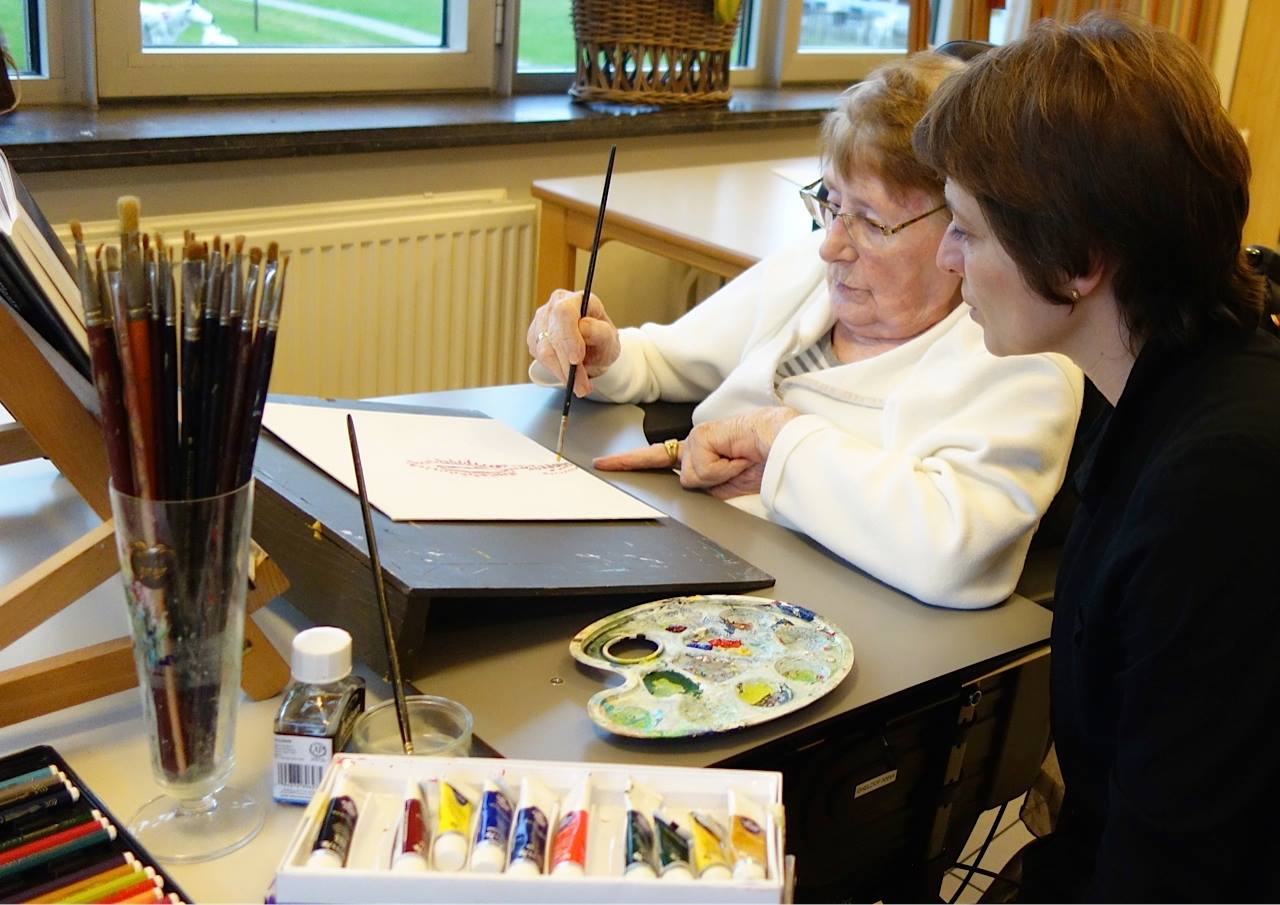 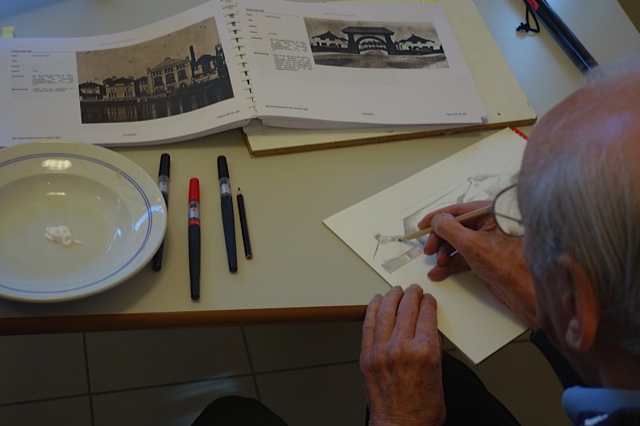 This is where I used to live, he said. Et on allait danser aussi, la valse lente et rapide 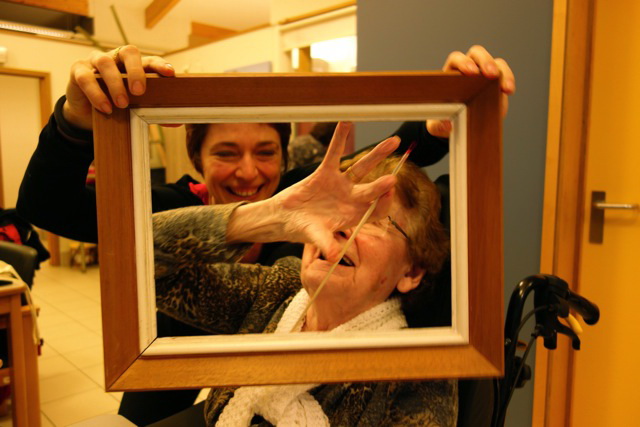 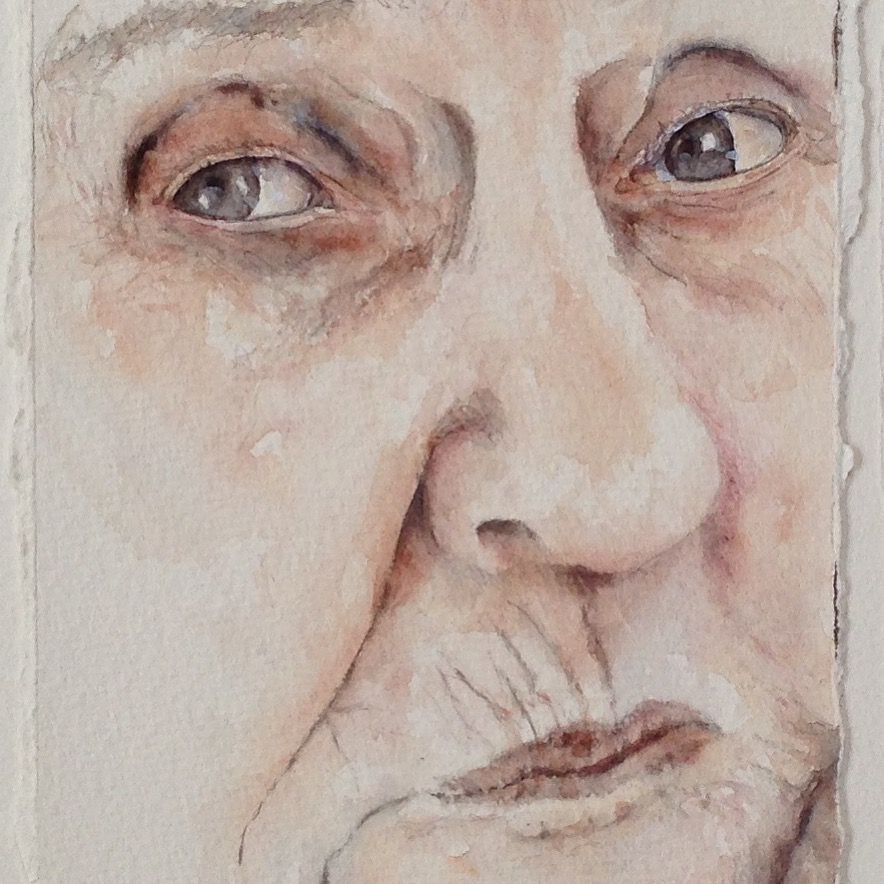 Where Art makes you forget about dementia

Subcribe for my newsletter 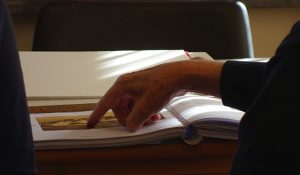